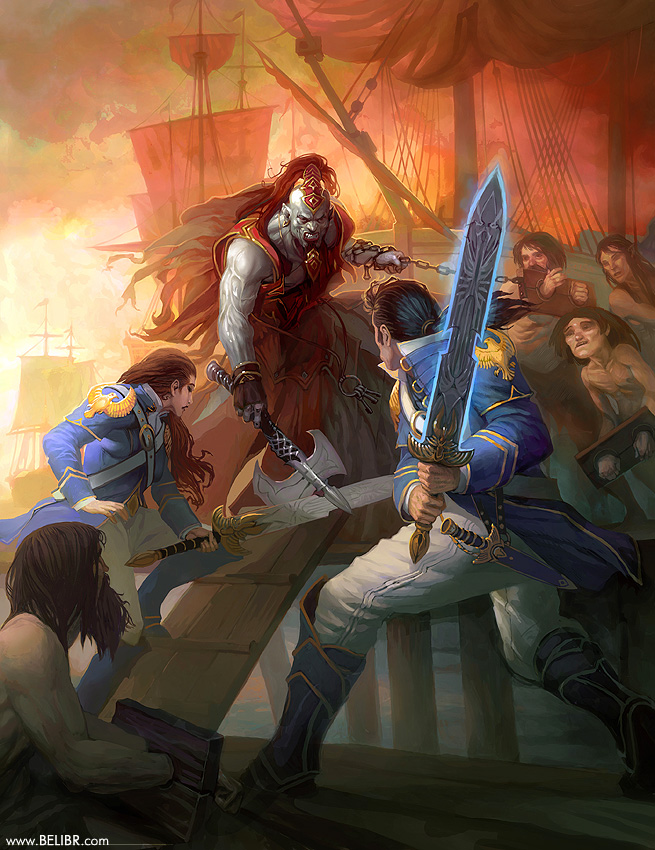 Korvosa, established as a colony 300 years ago by Taldoraan at the height of that empire’s expansion, the city now commands its own destiny after internal strife and outside pressure from the aboriginal Shaonti led to its fall, leaving the colony city-states to fend for themselves, A line of Korvosan kings and queens emerged to rule the city-state, establishing an infamous seat power—the Crimson Throne. Rulers have sat upon the Crimson Throne for these centuries, and the city has flourished. Yet the monarchy always seems on the brink of disaster. The Crimson Throne is not a prize to be won—it is a curse. No monarch of Korvosa has died of old age, and none have produced an heir while ruling. Even though King Eodred II controls Korvosa more fully than any previous monarch, that control remains tenuous, and many secretly count the days until their latest king falls to what they call the Curse of the Crimson Throne.

I'm sorry, but we no longer support this web browser. Please upgrade your browser or install Chrome or Firefox to enjoy the full functionality of this site.